For their first game in the 2019 Premiere League of Belize (PLB), San Pedro Pirates hosted the Belmopan Bandits at the Ambergris Stadium in San Pedro Town on Saturday, July 27th. The island team fought hard for the first game of the season, but the visiting team managed to claim a 2-0 win. 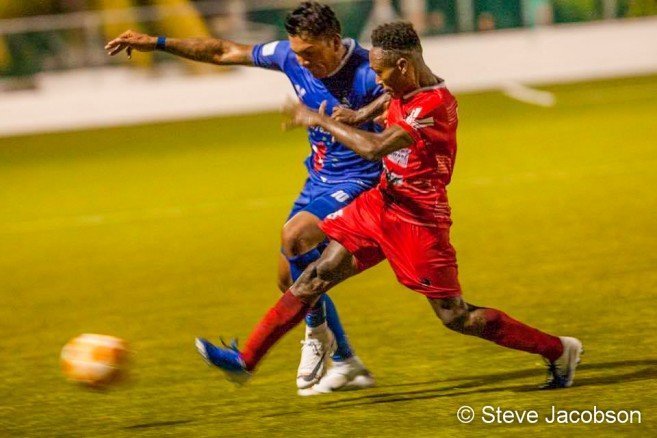 The match began promptly at 7:30PM, with both teams eager to start the season right and win. At minute 33, Belmopan Bandits’ Jerry Palacio took advantage of an opportunity and managed to score the first goal for his team. The Pirates then responded with an attempt to score a goal but due to strong defense from the visiting team, was unsuccessful. At minute 45, Bandits’ Palacio netted another goal and took his team to the break, leading 2-0. 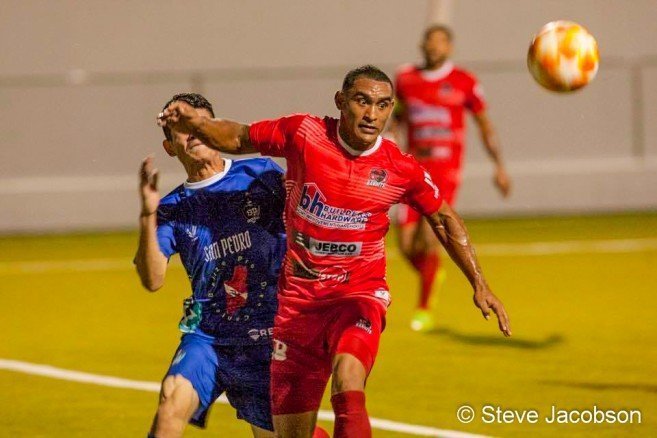 In the second half, the match intensified, and both teams started to control the ball equally. The San Pedro Pirates defense grew stronger and didn’t allow any more goals to enter their net. They also had many attempts to score, but all were futile. When the game time came to an end, it was a clear 2-0 victory for Belmopan Bandits. 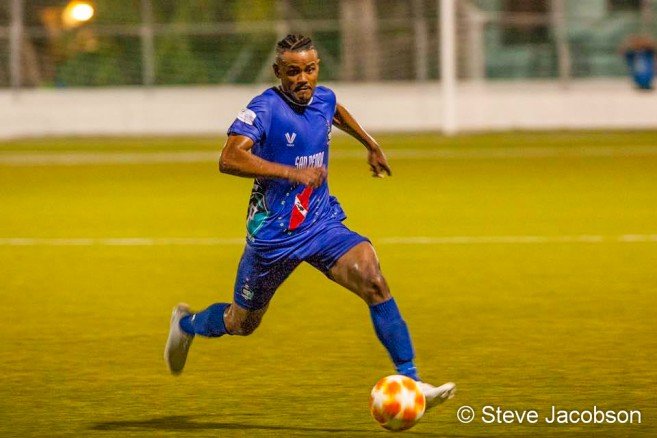 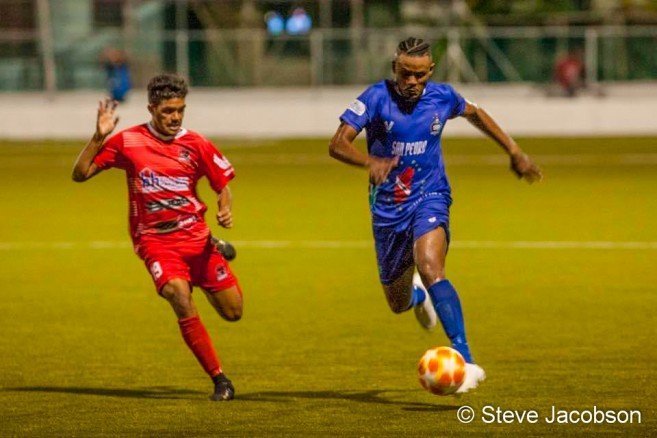 The current standings in the PLB have Altitude F.C, Belmopan Bandits, Wagiya F.C and Verdes F.C at the top of the chart with three points each. Yet to make it on the chart are BDF, Police United F.C, San Pedro Pirates F.C, FF Valley Pride F.C and Placencia Assassins F.C.

For their next match, San Pedro Pirates will be traveling to Independence Village, Stann Creek District to go against Altitude F.C on Saturday, August 3rd. The match is scheduled to start at 7:30PM at the Michael Ashcroft Stadium in Independence Village. Any person that is interested in accompanying the Pirates as a fan can call 608-6396 for more information.