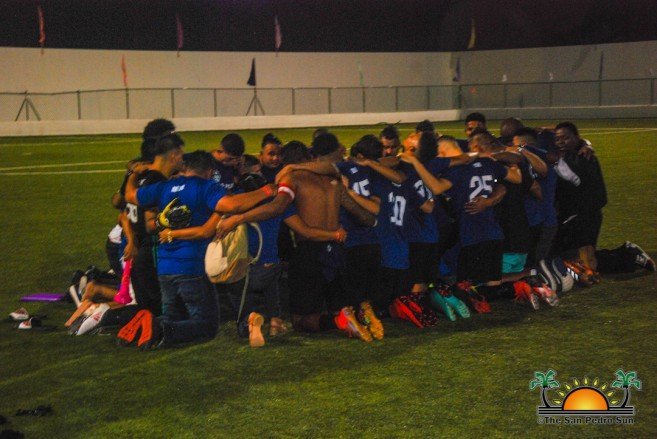 On Saturday, May 18th the island team defeated the Belmopan Bandits during the second round of the championship finals at the Ambergris Stadium in San Pedro Town. Two goals landed by Facundo Garnier and Mailson Moura within 10 minutes in the late second-half of the game gave the Pirates a 2-0 advantage, and ultimately, the 2-1 aggregate championship score. 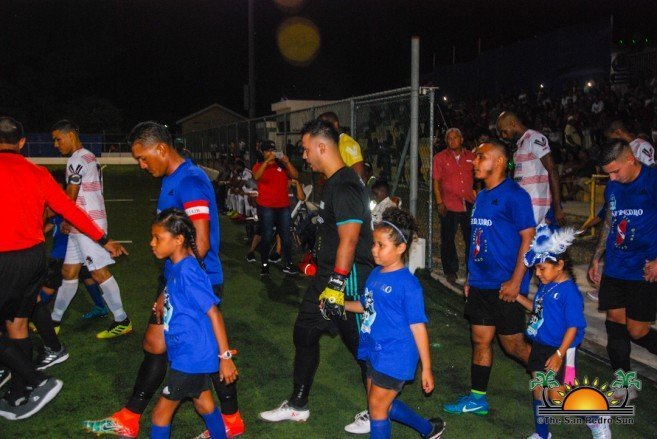 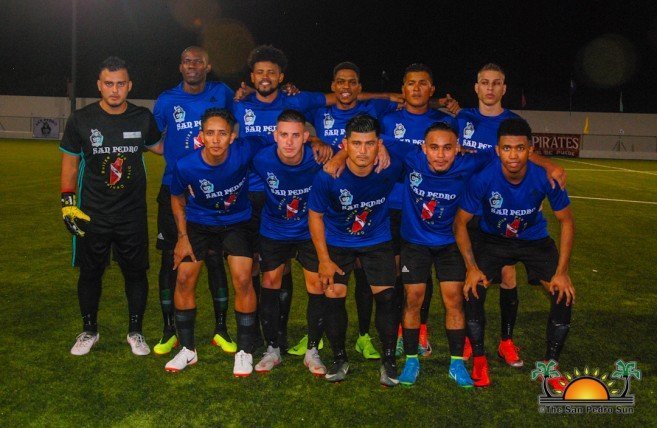 The match began promptly at 7:30, in a win or go home scenario. The stadium was packed, with the majority of fans cheering for the San Pedro Pirates F.C. The entire first half of the game went scoreless, thanks to strong guarding by both goalkeepers. 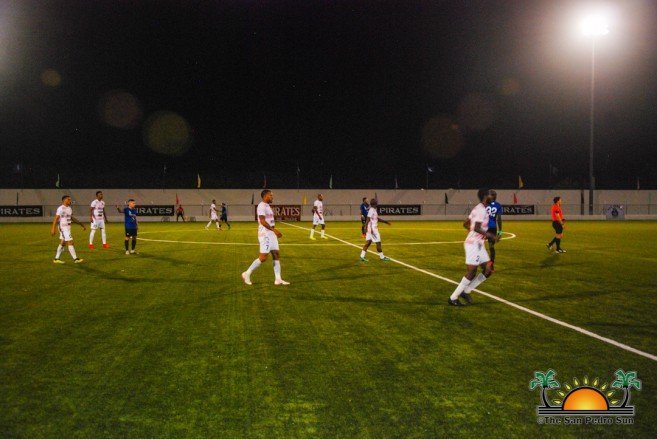 Heading to the break with a 0-0 score, the San Pedro Pirates F.C were feeling the pressure, as they had to score at least one goal to remain in the championship hunt. The Belmopan Bandits had the advantage, having won the first game 1-0. 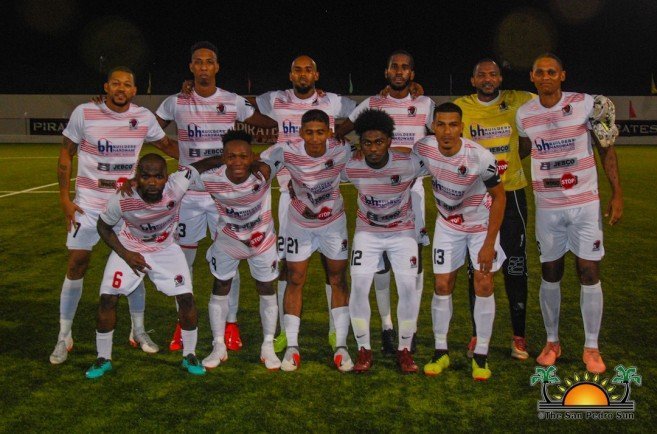 After the break, both teams came back aggressive, ready to hoist the championship trophy. Strong defense held off scoring, and as pressure grew, the Pirates finally found a chance to score. 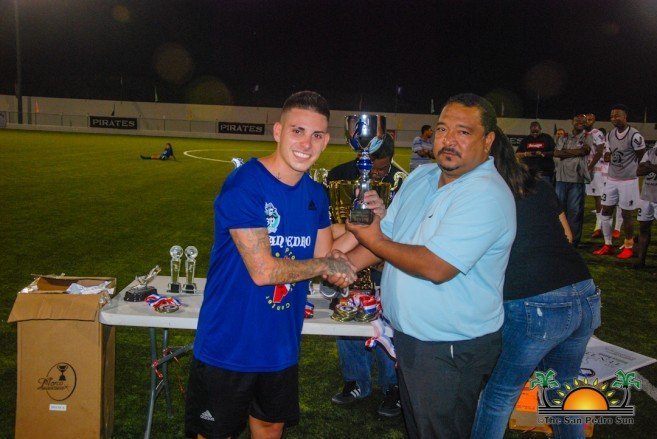 At minute 66, Pirates’ Facundo Garnier took advantage of an opportunity by the net, landing a beautiful goal for the island team. The stadium erupted in loud cheers as fans began clamoring for more. 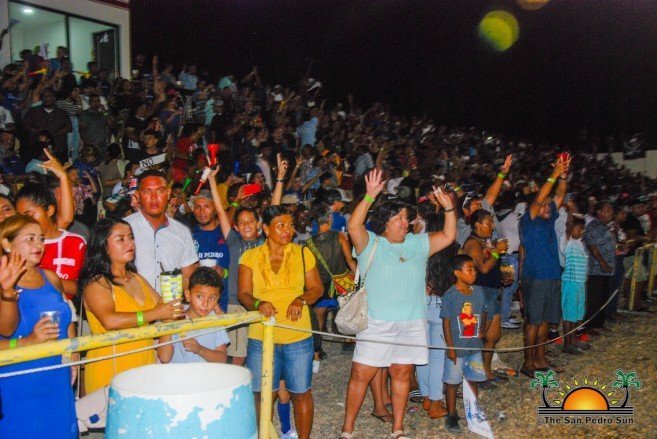 At minute 76, the San Pedro Pirates delivered when Mailson Moura gave the island team a 2-0 lead. 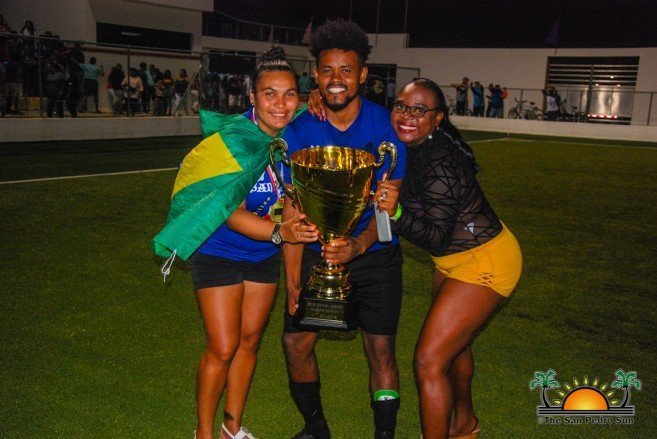 The Belmopan Bandits valiantly fought to score as well, but the Pirates’ goalkeeper Selvin Sagastume managed to block them all.

The final whistle was blown, and could hardly be heard over the deafening roar of an ecstatic crowd. The celebratory mood was contagious as the San Pedro Pirates F.C officially claimed a long-awaited victory and the PLB 2019 Closing Season Championship! 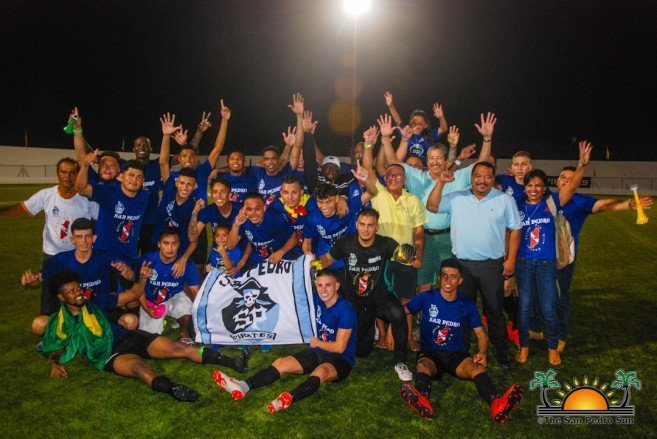 After the official events, hundreds of fans rushed on field to join the Pirates in celebration. Some island leaders even committed to donating towards the team. Area Representative for Belize Rural South and Minister of Tourism and Civil Aviation Hon Manuel Heredia Jr stated that he would be donating $3,000 and the cost for the teams’ registration fee for the next PLB season. Mayor Daniel Guerrero stated that on behalf of The San Pedro Town Council, he would be donating $2,000. 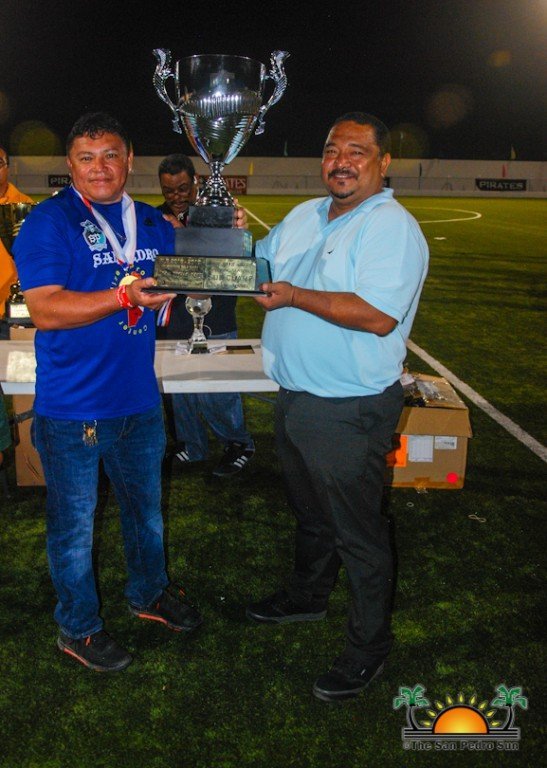 Owner and founder of San Pedro Pirates FC, Emeliano Rivero, was beyond overjoyed. “I’m so happy and proud of our team for becoming the champions. The hard work paid off! I would like to thank all our players, coaches, fans, sponsors and everyone who helped us in making this dream a reality,” he said.

Island residents are reminded that a victory parade will be held for the San Pedro Pirates F.C on Tuesday, May 21st, starting at Central Park in downtown San Pedro at 5:30PM. Don’t miss it!