A weather disturbance with disorganized showers moving west across the Caribbean Sea had Belizeans on alert when it was forecast to become a major storm, with the possibility of heading towards Belize. The storm has developed into Hurricane Ian. According to the most recent models, its path will take it away from Belize, heading north towards western Cuba and the state of Florida in the United States. 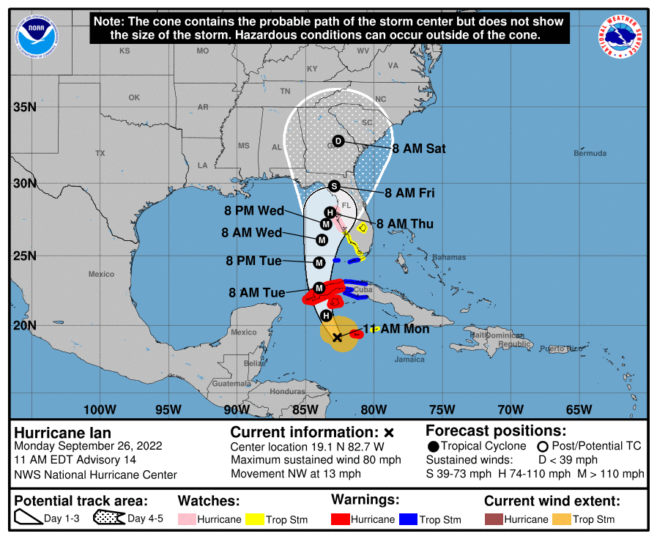 Hurricane Ian is expected to intensify and become a major storm. As a result, in Florida, a statewide emergency has been declared as intense flooding and storm surges are anticipated from the potential category four hurricane. Authorities are urging persons living in vulnerable areas to heed their advice and, if asked to evacuate, do so as soon as possible.
Hurricane Ian continues to move at approximately 13 miles per hour, with a north-north-westward motion beginning later today, followed by a northward movement tomorrow, Tuesday, September 27th, at a slightly slower forward speed. Ian is expected to pass west of the Cayman Islands later today and over western Cuba tonight and early into tomorrow, Tuesday. The storm should be in Florida on Wednesday and Thursday. 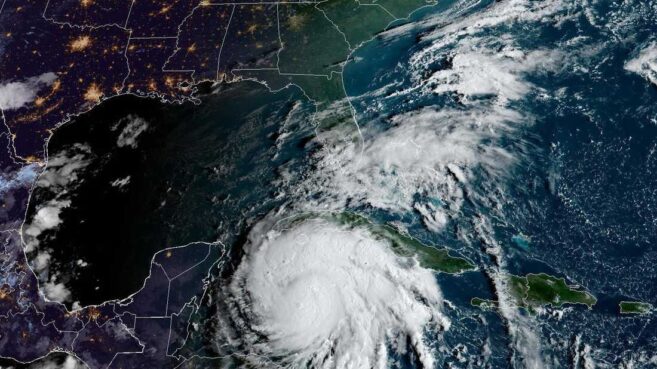 Ian has maximum sustained winds of nearly 80 miles per hour with higher gusts. Hurricane-force winds extend outward up to 25 miles from the center, and tropical storm-force winds extend outward up to 115 miles.
Meanwhile, in Belize, the National Meteorological Service continues monitoring other Caribbean weather disturbances. The four-day weather forecast issued on Monday, September 26th, calls for isolated showers or thunderstorms, with a few during night-time. By Friday, the weather in Belize is expected to be fair with isolated showers.

A HURRICANE WARNING REMAINS IN EFFECT FOR THE COAST OF BELIZE