Rain forecast for the weekend as weather disturbance approaches Belize


Heavy rainfall is expected this weekend starting late on Thursday, June 16th, as a weather system located near the northeastern border of Nicaragua and Honduras will be making its way over the Belizean territory.

According to the latest forecast from the National Hurricane Center and the National Meteorological Service of Belize, the system could potentially develop into a tropical depression. Currently, it is accompanied by a disorganized area of showers and thunderstorms. Although there is the possibility of further development, it is unlikely to happen today as the disturbance remains inland. 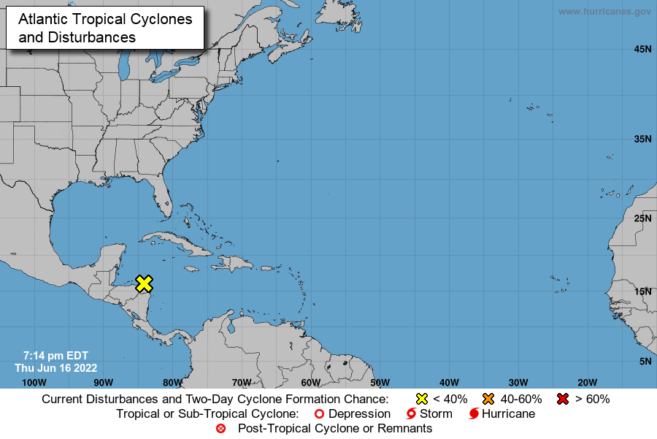 The system is forecast to move slowly northwestwardly and could emerge over the Gulf of Honduras, where some development is possible by Friday. Some development is also likely over the southern Bay of Campeche by early next week. Countries like Nicaragua, Honduras, and Belize can expect heavy rainfall. The same report applies to south-eastern Mexico, where rain is forecast through the weekend. 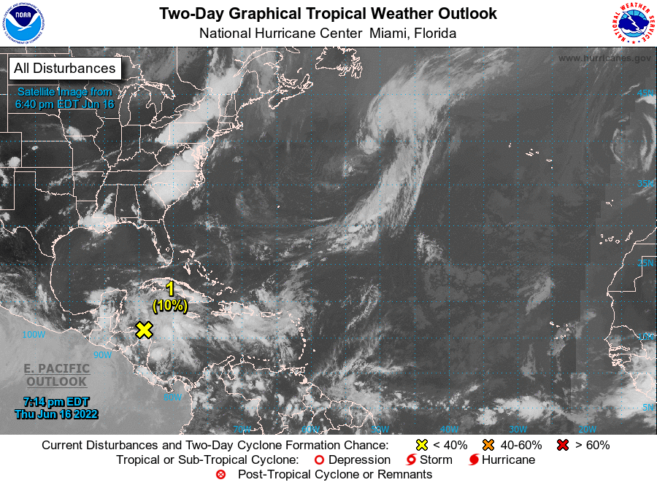 In Belize, the meteorological authorities will continue following this disturbance closely. Persons living in areas in the country prone to flooding are advised to make necessary preparations for an emergency. The National Emergency Management Organization will also be on alert and ready to respond if needed. 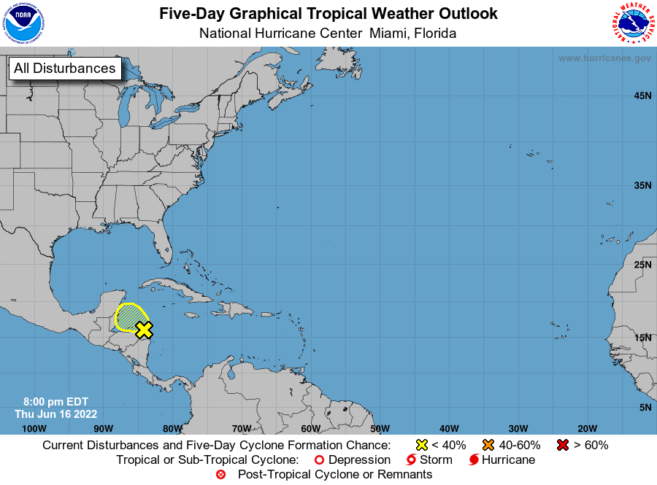 The 2022 Atlantic Basin Hurricane Season is underway through November 30th. The prediction for this year calls for an above-normal period with 14 to 21 named storms. Six of these storms are expected to become hurricanes; three to six could become major hurricanes, categories three or stronger.