« Older: Accused of running over a jaguar, Belizean pilot Efrain Guerrero released from detention in Mexico
Newer: » American tourist dies while snorkeling off the coast of Ambergris Caye

Police looking for driver of hit and run traffic accident


San Pedro Police are looking for the driver responsible for crashing into a six-seat golf cart parked in front of Trust Hardware on Coconut Drive. The incident is believed to have taken place on Sunday, April 21st, and left the cart severely damaged. The driver allegedly fled the scene after hitting the cart, but not without leaving behind his vehicle’s bumper and license plate. Police told The San Pedro Sun that they have an idea who the driver is, but that they found that the person had left the island after the accident. 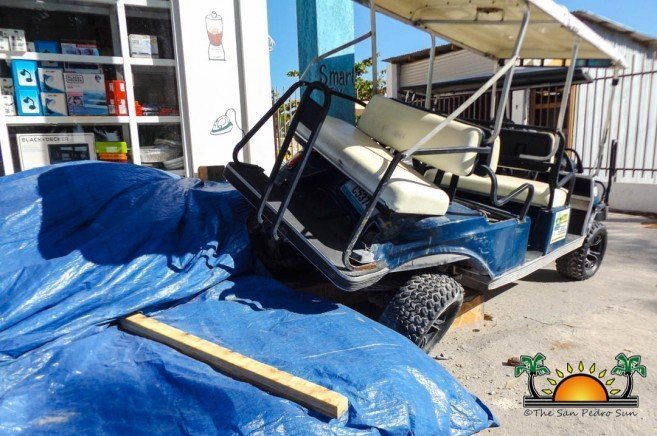 Officer in Charge of the Coastal Executive Unit, Superintendent Reymundo Reyes, said that they have put out a warrant for the suspected driver and advised police formations across the country to look out for this person. Reyes did not want to share the identity of the suspected driver with the media. “We hope that he is apprehended sooner than later and brought back to the island where he will be facing charges for a traffic offense,” said Reyes.
The proprietor of the golf cart shared that he is working with his insurance company to seek replacement or reparation of the damaged vehicle. He added that he has been able to find out the identity of the driver, but that as far as he knows, the person may not be on the island since the accident. 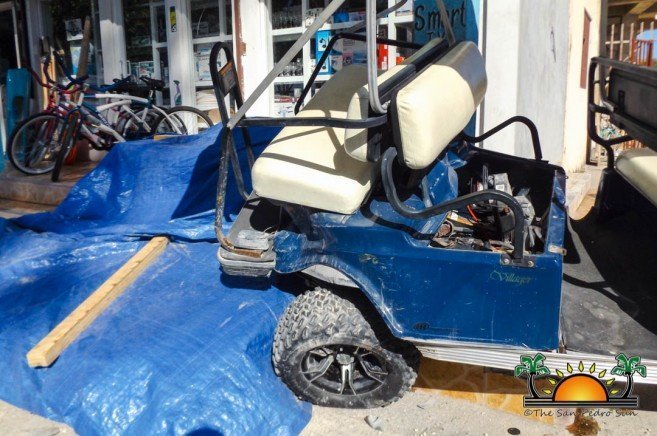 The San Pedro Traffic Department was contacted on the matter, but no one was available to speak.