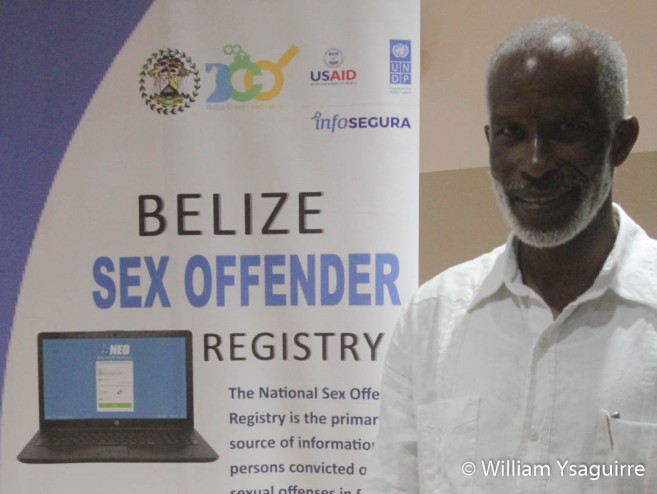 Chief Executive Officer George Lovell of the Ministry of National Security made haste to explain that the new website would not be an Open Source, as it is in the United States and other countries. Concerned citizens would be required to complete a questionnaire/application form, and if approved, the authorized individuals would then be granted a password to access the system. The new website has been two years under construction, and Lovell said he expects it will be available to approved users within a week. 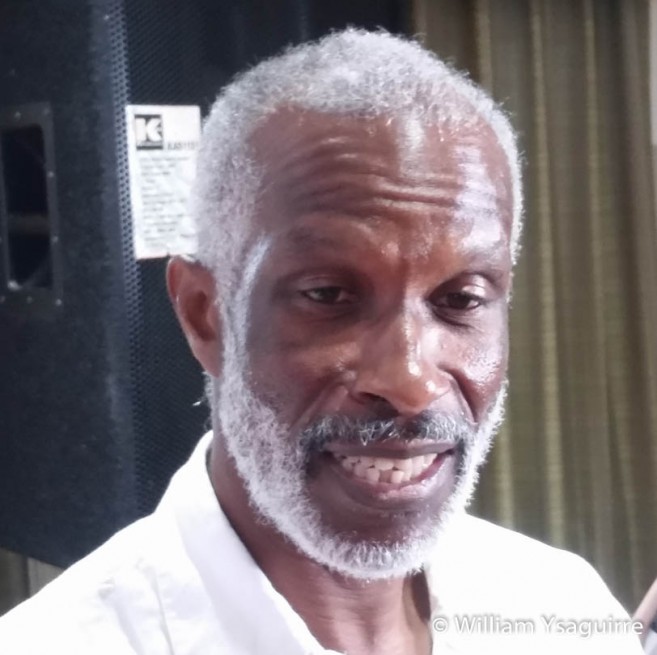 Assistant Commissioner of Police Joseph Myvett explained that under the new law, all those convicted of a sex crime are required, when released from prison, to register with their local police authorities in their home community. The sex offender is also obliged to inform the police of his place of employment, of any vehicle he may own, and to report to the local police on a regular basis. The law also requires that the convicted offender update the local police of any change of address, employment or any other changes to his situation. Failure to comply with these conditions can result in stiff penalties: a fine and more prison time. 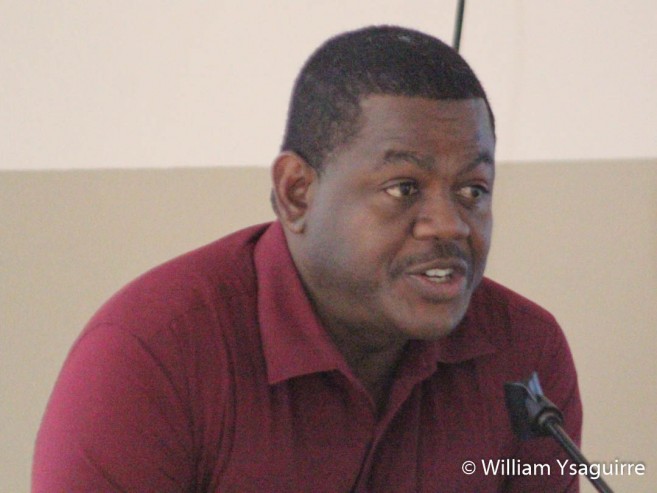 Interim technical coordinator, Adele Ramos of the InfoSegura Project, opened the actual portal online to demonstrate its features to her audience. She explained that as most of the information about sex offenders is confidential nature, those granted access would be expected to treat the information in a responsible manner, and to widely publicize data on individuals which could lead to mass community hysteria, and result in unwarranted attacks against the registered offenders by parents concerned about the safety of their children. The object is to prevent crime, not to provoke more crime inadvertently. Unlike the Open Source registry in other countries, Belize’s new registry does not offer a map to show a user-friendly geographic location for all sexual offenders in any area. Ramos said this feature might be added in the future, but for now, that is not part of the website’s design. 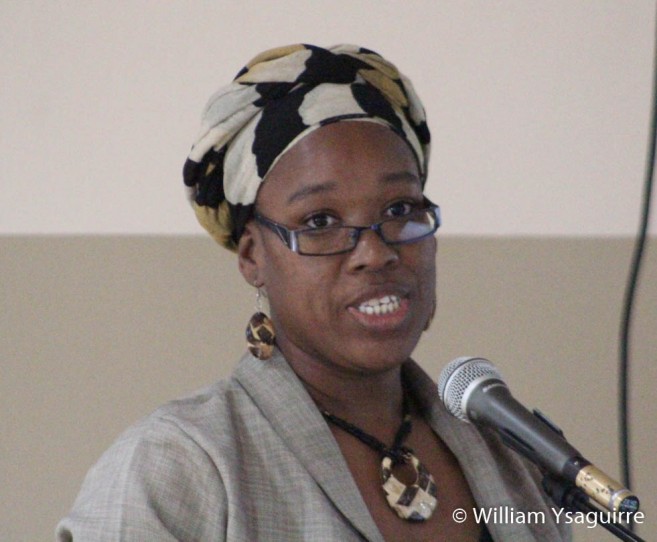 Crown Counsel Stefan Knight of the Attorney General’s Ministry explained the legal implications of the registry, and the position of the law of the land. The Criminal Code of Belize about sex offenders was amended in 1999, and further amendments were made to the Act in 2014. He noted that these amendments made it a mandatory life sentence for repeat rapists, or for those who targeted females under the age of 14 for unlawful sexual intercourse, and it would not matter if the sex were consensual or not, the victim was a minor and so would be deemed not legally able to give consent. The law requires such convicted felons to report to both the Commissioner of Police and the Ministry of Human Services upon being released from prison, and failure to do so would result in a fine and more prison time for the offender. The law also specifies what information must be provided to the police promptly, to be updated if it changes, and where the offender is a minor, it would then become the responsibility of the parent to see that the law is complied with, or both parent and offender would suffer the penalties. 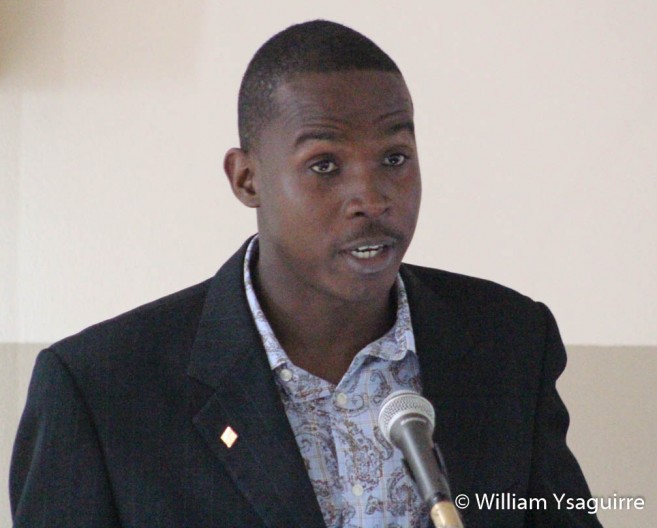 Most interesting were the crime statistics shared by Information Technology specialist Harry Noble, of the Police Information Technology Unit. Among sex offense victims, women outnumber the men nine to one: 90 percent of the victims are female. Unlawful sexual intercourse and unlawful carnal knowledge were the most numerous offenses, with rape ranked third, 60 percent of the offense occurred on the weekend – Thursday to Sunday, and 30 percent usually occurred after 6pm. The annual average of sexual offenses was 140, of which about 43 was against minors, and 60 percent, 3 out of 5 attacks occurred in urban areas, and 40 percent in rural areas. Sexual assaults form only a thin sliver of the total number of crimes reported: 0.7 percent. Of these, 40 percent were against minors, and the attacks on minors usually occurred where they live, and usually involved a male relative: father, step-father, uncle or brother-in-law. 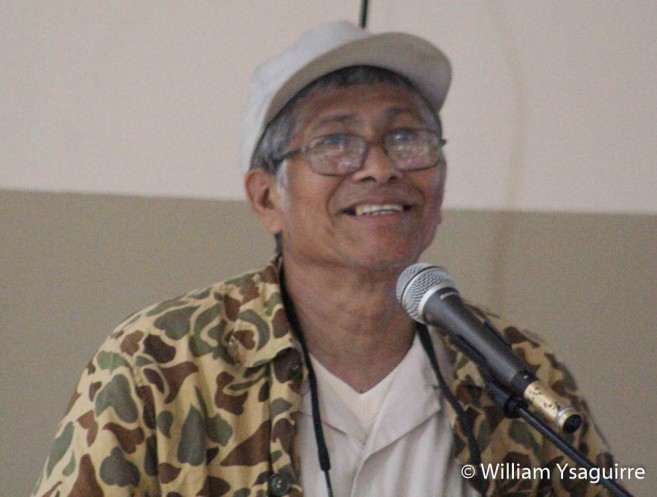 Police crime statistics show that enforcement is dismal. The police estimate that 50 percent or half of all sex crimes go unreported, only 4 out of 5, or 78 percent request court action, police only arrest 37 percent of the of the offenders reported, since the victim often fails to pursue the process. Sex cases represent only 3.3 percent of all crimes presented before the court, and the police have been able to achieve only a 25 percent conviction rate with cases that do go to court; as the victim or other witnesses may fail to attend court when the case goes to trial.
The result of these obstacles is that only 4 percent out of every 100 incidents of sexual abuse will result in a criminal conviction — four percent. The police and the InfoSegura project are working to reduce this impunity, but for the moment, this is the reality.