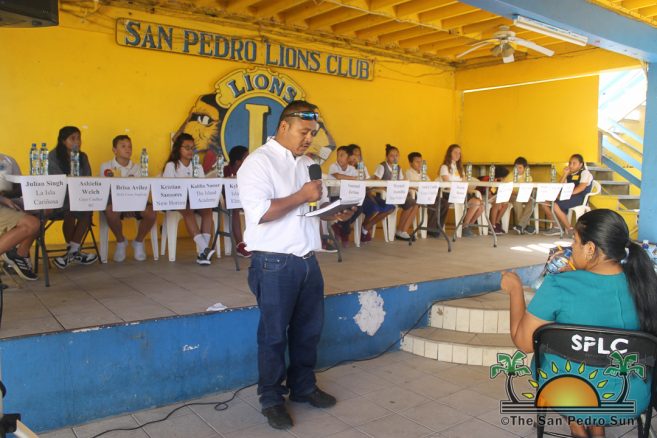 Master of Ceremonies Eiden Salazar introduced the 15 participating students, after which students from San Pedro High School performed the National Anthem. After an invocation by Holy Cross Anglican School, the competition began. Each participant was given two words during the first two rounds of the competition from the general list, with a total of five points to be gained for every correctly spelled word. Following the second round, scores were tabulated and only the six spellers with the highest scores remained. For rounds three, four, five, and six, words from the Reserve List were used. 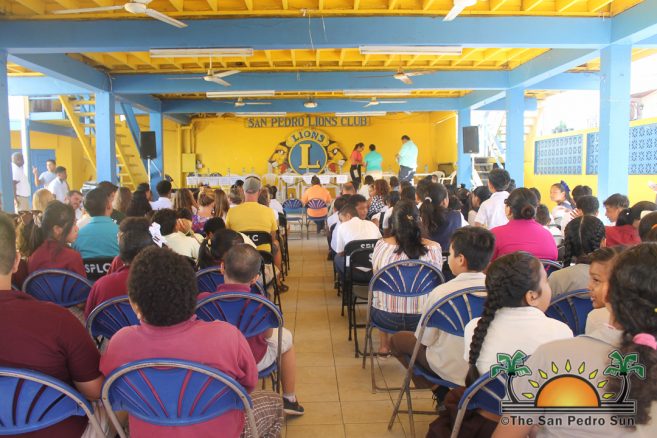 Julian took first place at the end of round three, leaving the remaining spellers to go into the Reserve List to determine second and third place. Kerry Smith from The Island Academy won second place at the end of round four, leaving third place between The Island Academy’s Kaitlin Nasser and ACES’ Samuel Zetina. Ultimately, Zetina ran out of time on his word, making Kaitlin Nasser the third-place winner and alternate speller, if one of the top two spellers cannot participate in the District Finals. 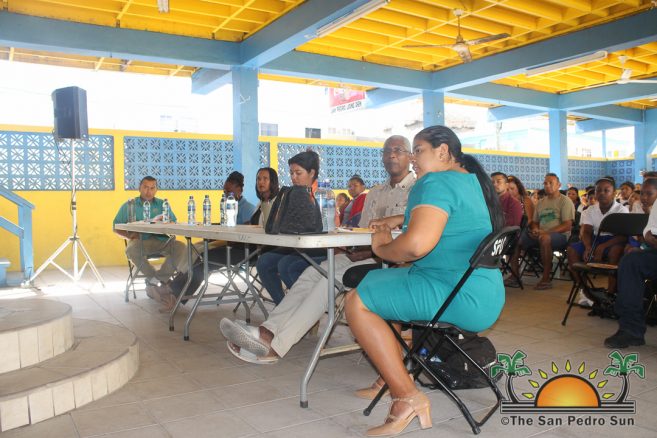 Immediately after the competition, each participant was given a certification of participation from Bowen and Bowen representative, Dario Chuc. MOE representative, Odelia Caliz thanked congratulated the participating schools and ACES’ principal, Amanda Burgos gave the vote of thanks. All students and guests were provided with refreshments before departing from the venue. The San Pedro Sun congratulates all participants and wish the winners the best of luck at the District Finals that will take place in Belize City at a date to be announced later.

Martin Dawson prepares to represent in MMA tournament in Mexico