« Older: Changes to COVID-19 regulations include new curfew and measures for travelers from Africa region
Newer: » Belize’s Ek’ Balam team champions of the Pok ta Pok World Cup; next championship to be held in Belize


After being crowned with the prestigious title, Miss Earth 2021, Belizean Destiny Wagner, 25, is home. The Belizean queen plans to visit various areas in the country, including San Pedro Town. Knowing the island’s sensitive surroundings, Wagner is asking San Pedranos to protect and preserve their natural resources. 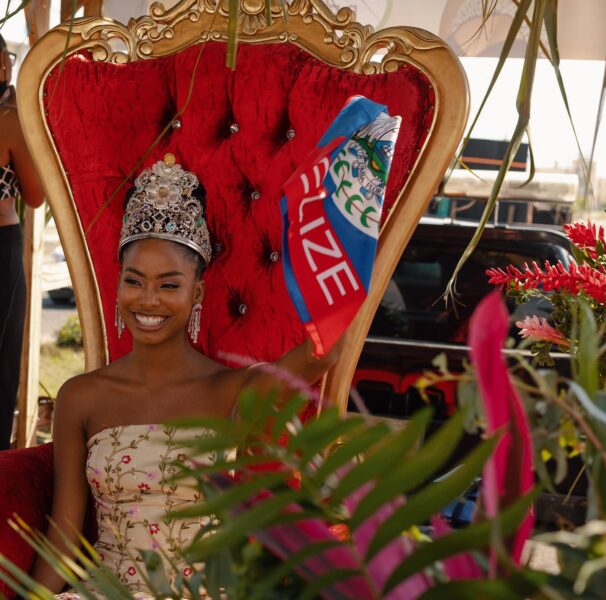 Miss Earth Wagner also asks islanders to stop coastal development, a significant threat to natural resources such as the barrier reef that supports the tourism and fishing industry. As Miss Earth 2021, Wagner’s responsibilities are to advocate for environmental awareness, conservation, and social responsibility. Wagner also commends San Pedro for engaging in pageantry. “Continue to invest in the next batch of queens,” she said. 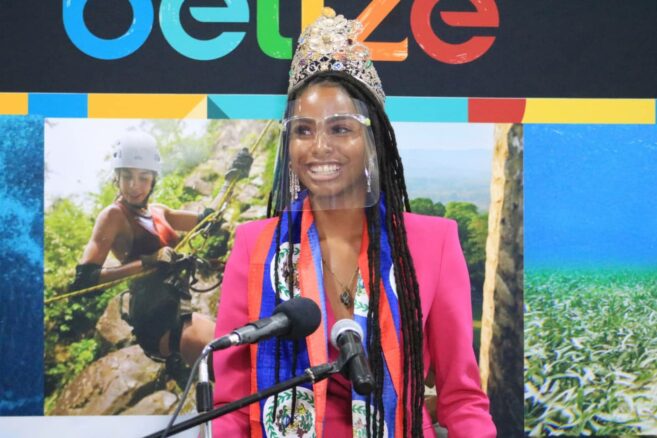 The Belizean beauty ambassador from Punta Gorda (PG) Town, Toledo, made history after winning the top crown during the 21st edition of Miss Earth 2021 on November 21st. Wagner emerged triumphant among 89 contestants from all over the world in the event held virtually. 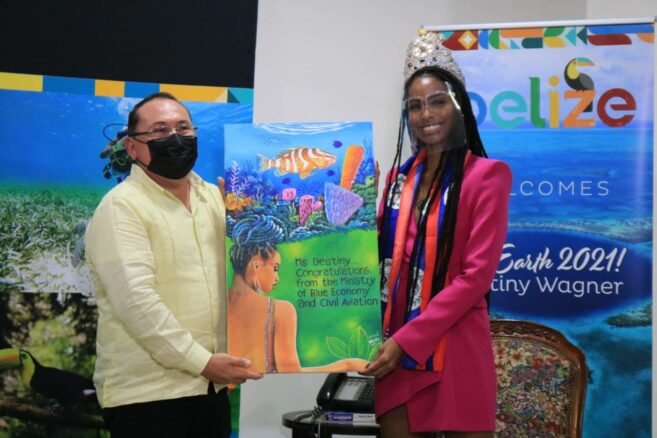 Wagner arrived in the country on Friday, December 3rd, and was welcomed by the Belize Hotel Association (BHA) with a private dinner held in her honor. She was also welcomed by the Minister of the Blue Economy and Civil Aviation, the Honourable Andre Perez, and his wife, including his Chief Executive Officer Kennedy Carillo. BHA’s president Alina Saldivar, representatives of the Belize Tourism Board, the Miss Earth Belize Organization, the Belize City Council, and other special guests. “Don’t change for the world, be yourself and let the world change for you,” was Wagner’s strong message during the reception. 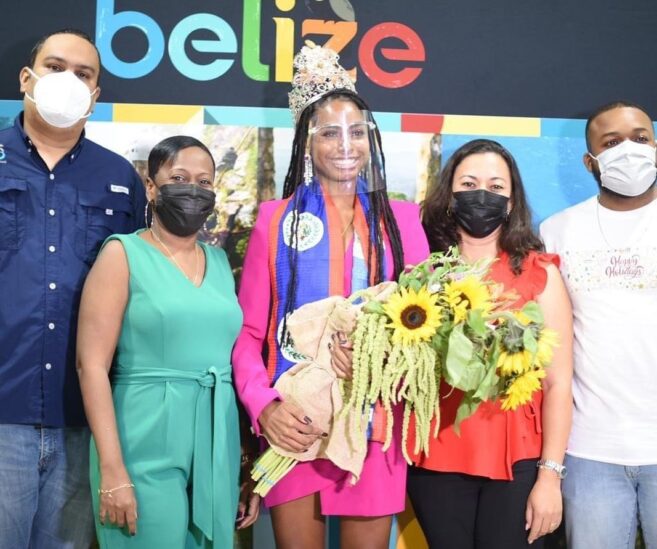 The following day, a Wagner took part in a motorcade through the main streets of Belize City. Wagner made a stop at the Seashore Park accompanied by Minister Perez. The Minister of the Blue Economy said he looks forward to working with Wagner. His ministry will soon get to work and see what areas Wagner can assist them in advocating for the environmental conservation and blue economy. 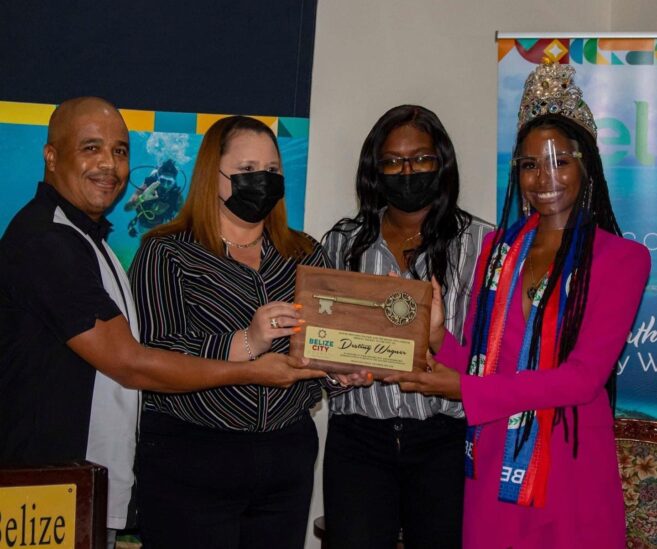 The PG beauty is the first Belizean to give Belize a major pageant title. The San Pedro Sun joins the nation in saluting her on such a monumental achievement.