Earth Day 2022 was celebrated on Ambergris Caye with an environmental fair and beach clean-ups on the island’s northern side over the weekend of April 23rd. One of the beach clean-ups tackled an area known for sea turtle nesting, which was filthy and unsafe for these endangered creatures to nest. 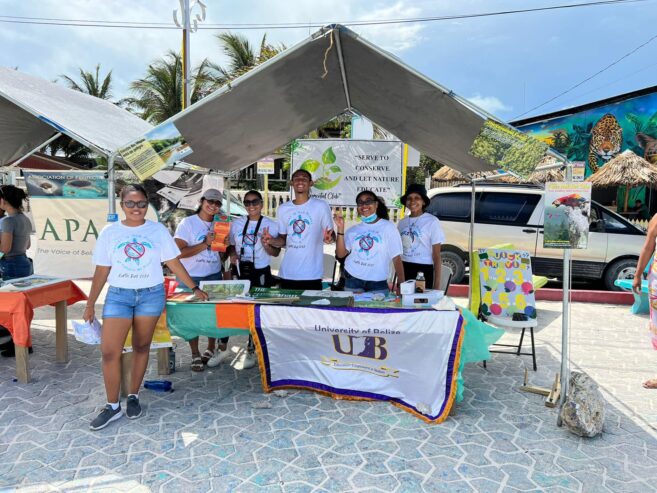 Councilor Johnnia Duarte spearheaded the activities on the island with the San Pedro Town Council (SPTC), which included planting a coconut tree on the beach by the central park and an environmental fair. The fair saw informational booths from Oceana, the Association of Protected Areas Management Organizations, and the University of Belize (UB) Environmental Youth Club. The booths informed about the importance of the environment and emphasized the message that the planet’s well-being is everybody’s responsibility.

The following day, Sunday, April 24th, Councilor Duarte, representatives from the Ministry of the Blue Economy and Civil Aviation, environmental advocate Elito Arceo and the UB Environmental Club headed 14 plus miles north of San Pedro Town for a beach clean-up. The cleaning started at the Tranquility Bay area moving north to the Rocky Point area. The volunteers filled several garbage bags with rubbish found on the isolated beach. Councilor Duarte was surprised by the amount of trash left behind by people visiting that area. Duarte said the administration would look at different options to discourage this littering. 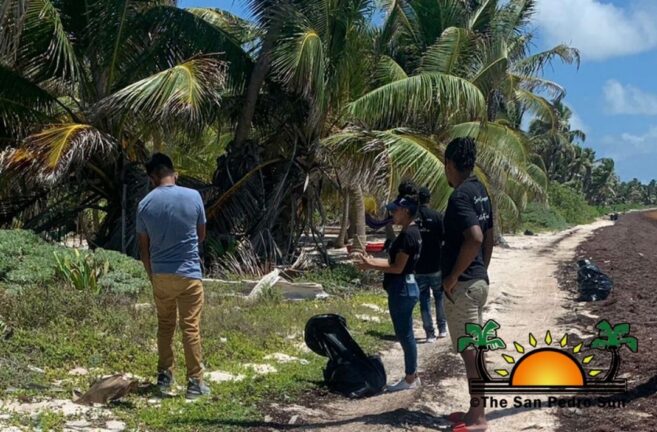 During the beach clean-up, one of the concerns discussed among the group was that around these beaches, sea turtles nest every year. If the beaches continue to be used as dumpsites, it will reduce the amount of sea turtles nesting in the area and could eventually mean the end of sea turtle nesting on Ambergris Caye. Another problem is that visitors drive their vehicles on the beach, destroying buried nests or hatchlings with their weight. One suggestion shared is to open road access away from the beach. The main nesters are Loggerhead and Green turtles. Hawksbill turtles make rare visits. 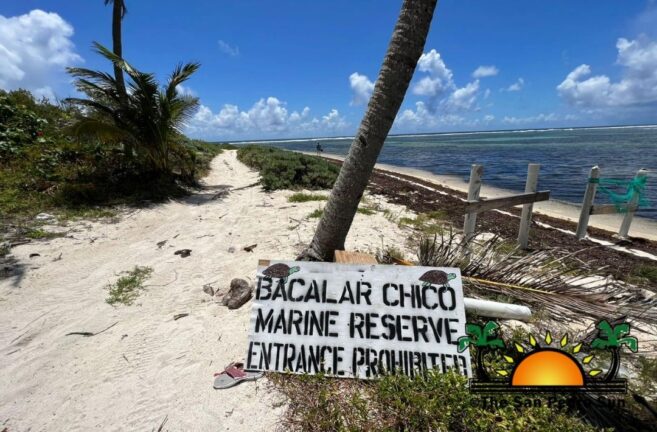 The nesting season usually runs May through September of each year. However, unofficial reports indicate that over a dozen nests have been spotted on these northern beaches. People visiting this area are again reminded to be responsible, take care of the environment, and not be a litterbug. To report any turtle nests or stranded hatchlings and even evidence of turtle tracks on the beach, call the Hol Chan Marine Reserve at 226-2247. 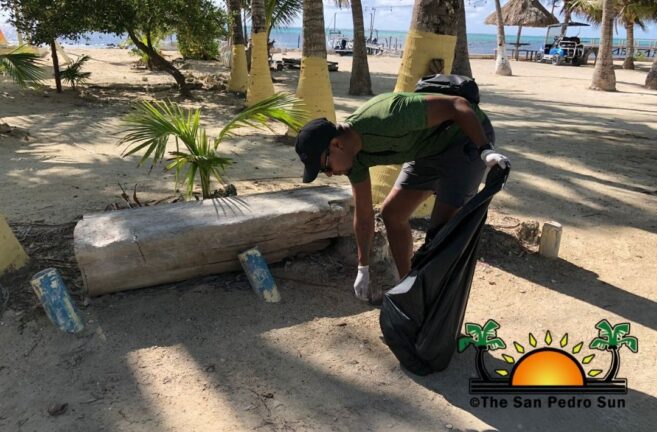 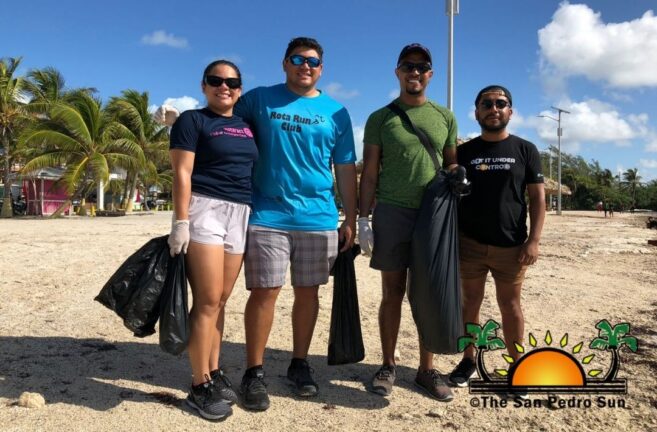 While the group led by the SPTC was in northern Ambergris Caye, members of the Rotaract Club of Ambergris Caye were at the Boca del Rio beach park conducting a separate clean-up on Sunday morning. Armed with gloves and garbage, they combed the park’s surrounding area and picked up as much trash as possible. A couple of hours later, the beach park and surrounding areas were tidy and garbage-free.

Islanders are urged to keep the island clean and place their waste/rubbish in the garbage bins provided. Every day is Earth Day, and not just on the island but all over the country and world. Littering endangers the well-being of the environment. The SPTC thanks all the participating organizations and volunteers for their time and effort.