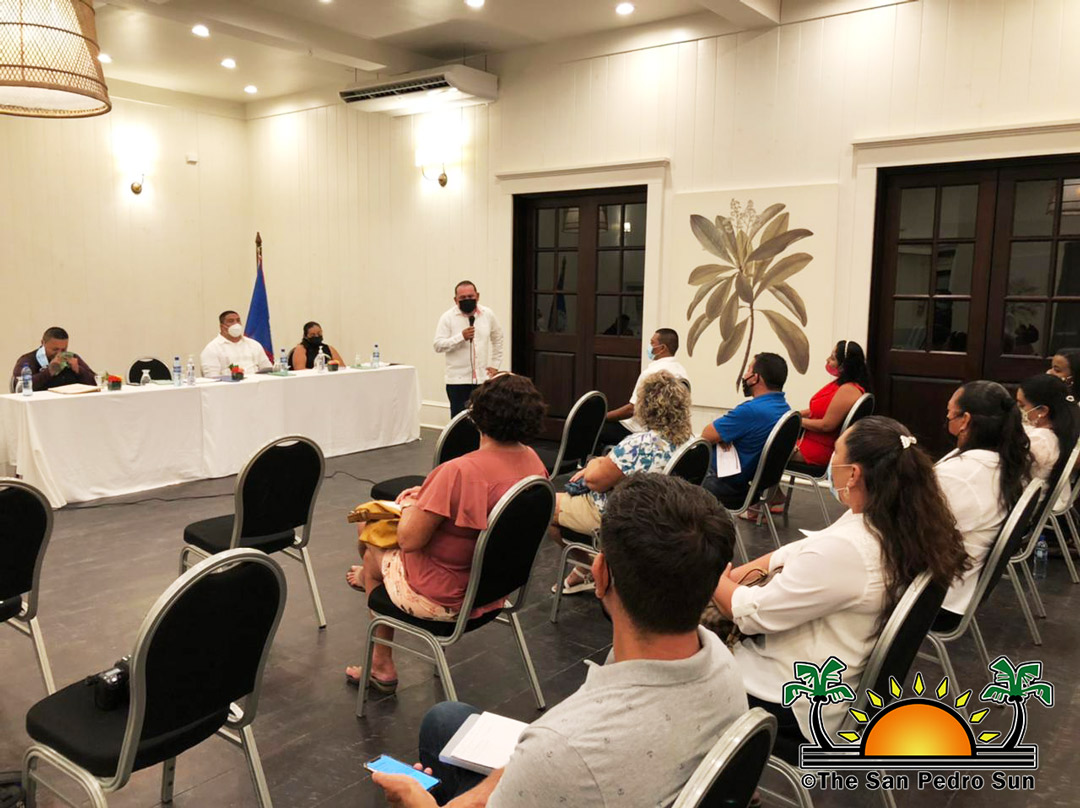 On Tuesday, April 20, the Ministry of the Blue Economy and Civil Aviation, along with the Mayor of San Pedro Town and Chairlady of Caye Caulker, hosted a special meeting. Stakeholders and representatives from different governmental departments were invited to discuss a joint plan to better prepare for the re-opening of Belize’s land borders. The meeting held at Mahogany Bay Village, south of the island, identified several challenges affecting governmental departments and the private sector. It was also discussed how to make it safer for tourists when visiting the islands. 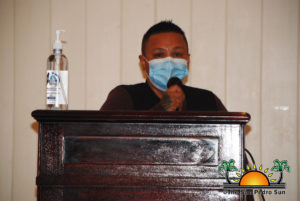 Chief Executive Officer in the Ministry of the Blue Economy and Civil Aviation Kennedy Carrillo opened the meeting. Minister of the Blue Economy and Civil Aviation, the Honourable Andre Perez, highlighted how vital San Pedro Town, Ambergris Caye, and Caulker are for the nation’s tourism product. According to him, the islands received over 60% of the tourism in 2019; thus, the importance to start charting the way forward as eventually, the land borders with Mexico and Guatemala will open. Perez said that tourism is one of the immediate responses to bringing Belize’s economy to an acceptable level as it recovers from the COVID-19 pandemic. No date has been set for the re-opening of the land borders.

Both Mayor of San Pedro Gualberto ‘Wally’ Nuñez and Caye Caulker Chairlady Seleny Villanueva-Pott indicated that they would work hand in hand with Perez’s ministry to boost the local economy. The local leaders also thanked attendants for sharing their concerns and ideas, which will be reviewed along with Perez to assist islanders better and improve the tourism experience.

Challenges identified on the islands

CEO Carrillo invited attendants to share their concerns and ideas. Some of the challenges identified for urgent attention were the need for better health facilities and infrastructure (street networks).

Better training for government employees and more governmental presence in Caye Caulker was also discussed. Some in the private sector added that the islands’ labour force needs better services from authorities. While in the case of further curbing COVID-19 infections, they should be tested regularly, both Belizeans and tourists. 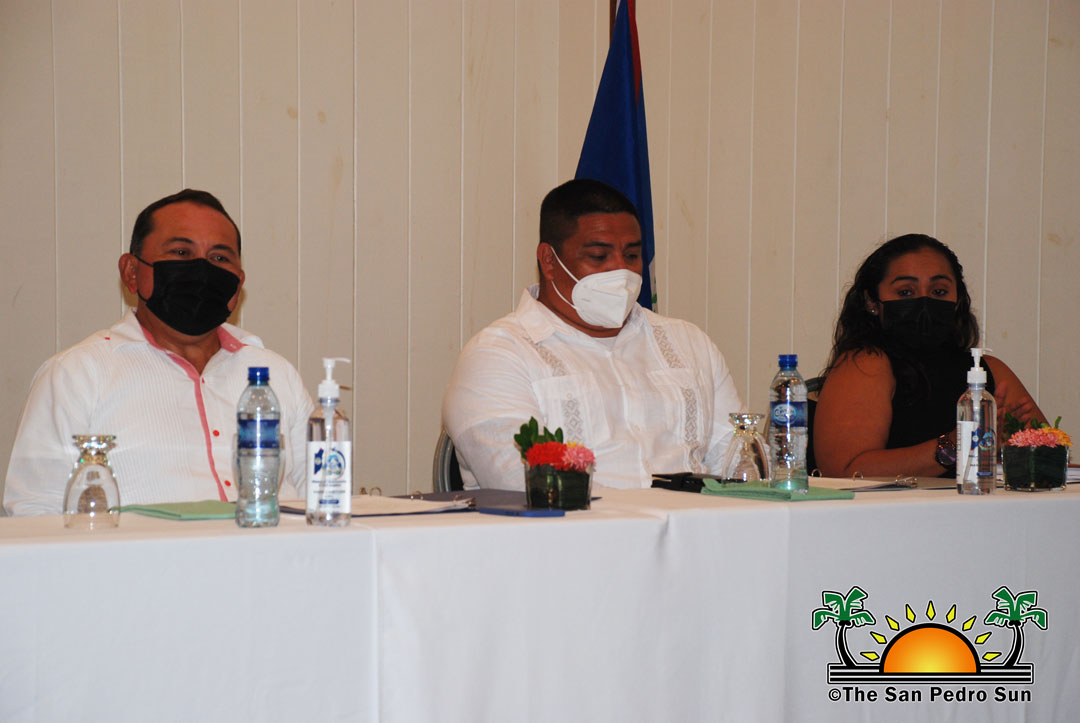 Other attendants also indicated a more organized and centralized port of entry on the island for foreign visitors. This will better prepare departments such as immigration, Customs, Port Authority, and the Belize Agriculture Health Authority (BAHA) to monitor who comes to Ambergris Caye. When the Belize-Mexico border was open, there was daily service between Ambergris Caye and Chetumal Mexico. According to some of the water taxi stakeholders, the route was lucrative, with almost 100% of their passengers being visitors. This influx of travellers positively benefits businesses in Caye Caulker and Ambergris Caye, which depend primarily on the tourism industry.

The group committed to work together and better prepare the islands when the influx of tourism business increases whenever the land borders re-open. As the meeting/discussion wrapped up, the task force scheduled their first meeting for May 4, 2021.