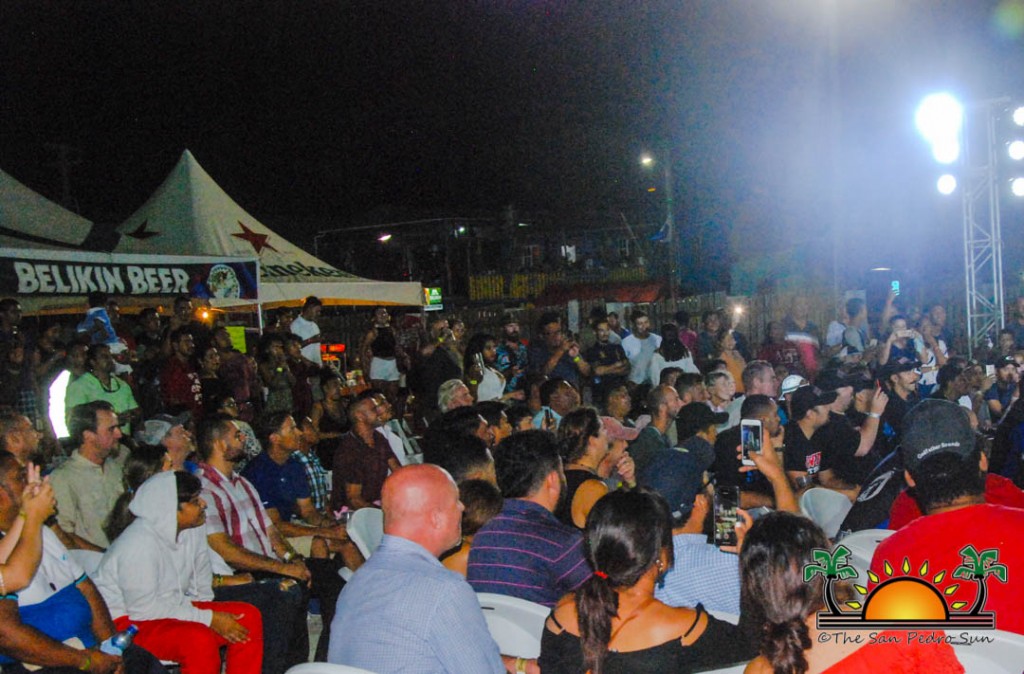 The event began shortly after 9PM, with Belize’s Raheem Lambey going against Sergio Acuna of Mexico. After two rounds of grappling, it was a victory for Belize’s Lambey. The next match, saw Belize’s Allen Cawich being defeated by Mexico’s Jaime Avila in a Jujitsu fight. 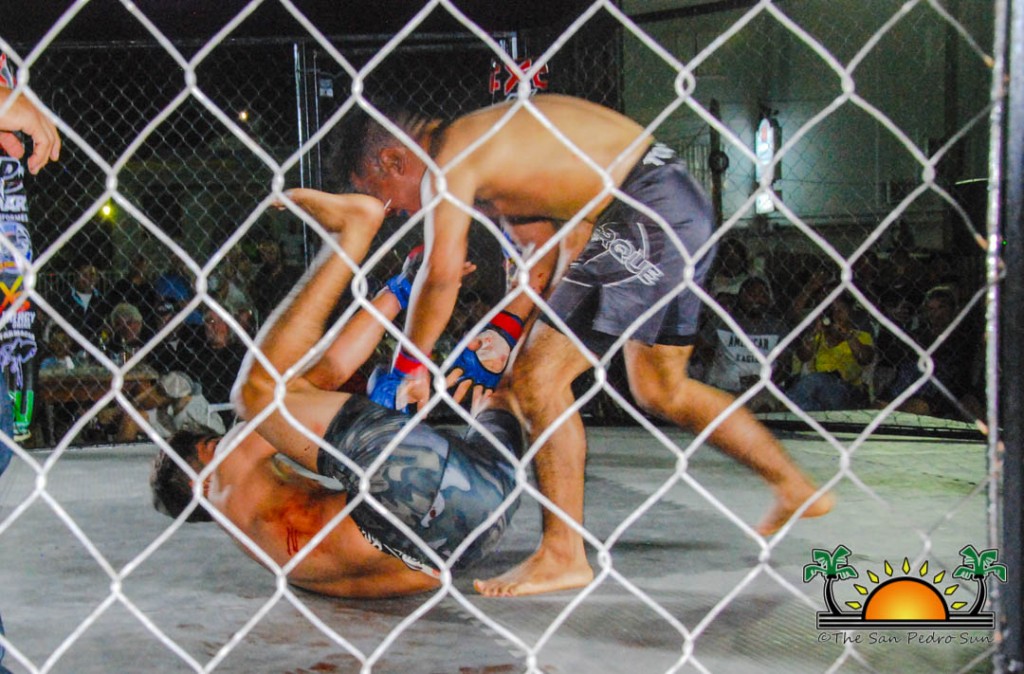 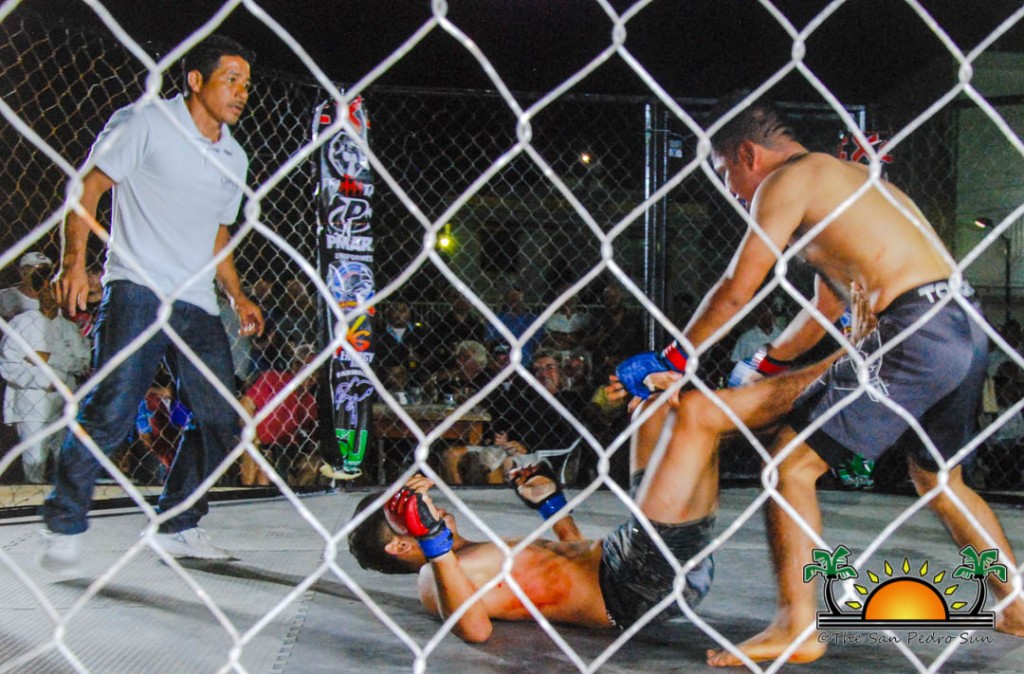 It was clear that the Mexicans fighters were determined to win, as in the next match, Belize’s Martin Dawson representing Belize was also defeated by Mexico’s Freddy Mougles. Mexican Miguel Gamero then won against Belize’s Alvaro Alvarez.
Belize’s Bryce Peterson was next up, and he faced Mexico’s Victor Medina in an intense battle. After several attempts at take downs, Peterson managed to garb Medina in a chokehold, leading to him tapping out and landing Peterson the victory. The next match then saw Mexico’s Eduardo Hernandez winning against Belize’s Ivan Mougles Jr. 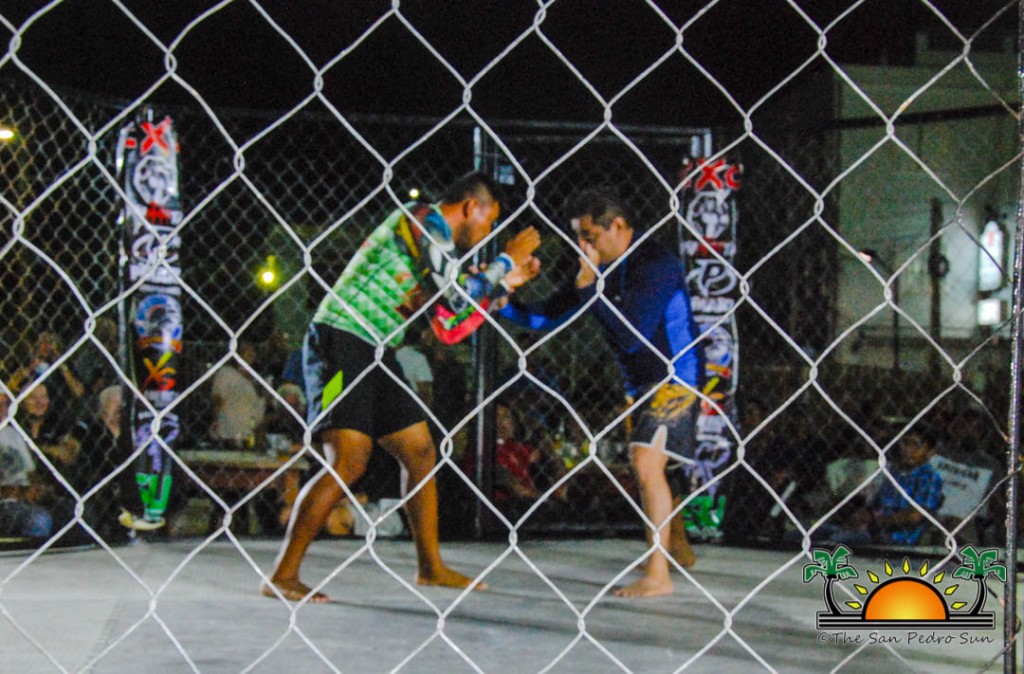 The last match of the night featured Mexicans Rubio Alamos and Rosario Perez. Perez managed to lead throughout the both rounds and thus claimed victory. Out of the nine fights held, Team Belize won two to Mexico’s seven. 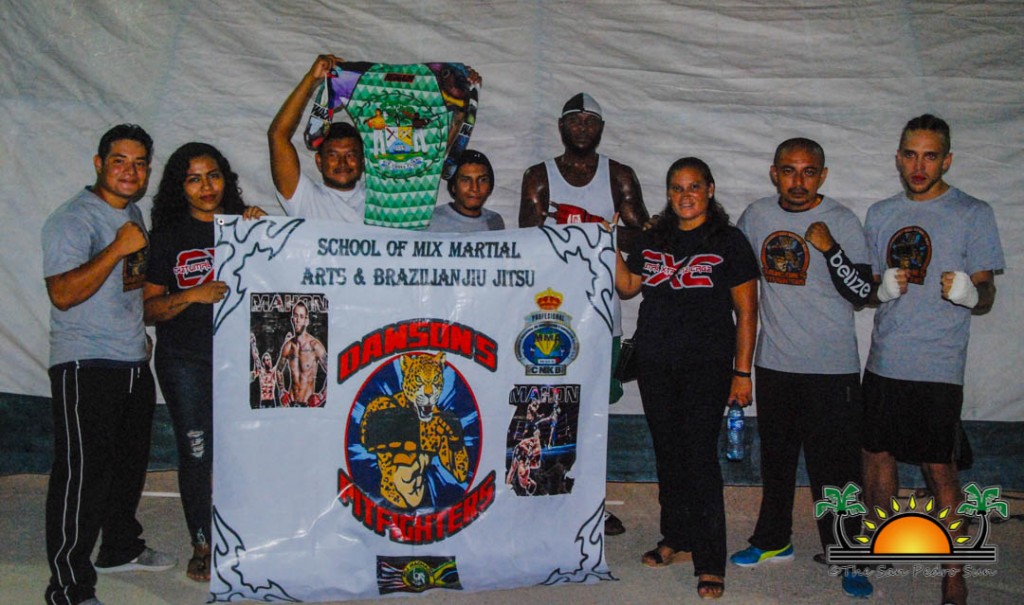 Dawson told The San Pedro Sun that the event was a total success. “Many island residents attended the fight and overall it was a success,” he said. Dawson says that he plans to host another tournament on the island, sometime around March or April of the next year, and the fights will be between Belize and Guatemala. He also added that they will continue to train harder so they can be more prepared for the next MMA tournament.

Dawson invites all interested persons in the MMA sport to continue supporting the discipline that is slowly growing stronger on the island. His training school offers classes based on kickboxing and Brazilian jujitsu. For more information on Dawson Pit Fighters training school, and to enroll, contact Dawson at 605-2110 or visit their Facebook page. Special thanks go out to all the sponsors, which include: Amber Beach Bar and Grill, Caribbean Villas, The San Pedro Town Council, X-Site Belize, La Popular, Nook Restaurant and Bartique, 12 Belize, The San Pedro Sun, Ambergris Today, Sandbar, Lola’s Pub and Grill, Tuff E Nuff Tours, Land shark, San Pedro Belize Express Water Taxi, SIGNOX and Belikin.