The San Pedro Pirates Football Club returned from Belmopan on Saturday, August 20th, with three points following a tight 1-0 victory over the Belmopan Bandits. The island team needed a win after losing two previous matches.
The ball started rolling at 7:30PM at Belmopan’s Isidoro Beaton Stadium. San Pedro Pirates dominated the first part of the match; however, the Bandits’ barrier was great to break through, and the island boys could not open the score. The Capital City’s team made close attempts as well, without luck. Both teams played for that first score, but at the end of the first 45+ minutes, the game was scoreless.

In the second half, San Pedro kept the pressure and control of the game. But they could not find the opportunity to score. The Belmopan Bandits had an excellent opportunity to achieve at minute 56, following a header that went over the Pirates’ goal post. This was the closest attempt to score a goal in the first minutes of the second half.
At minute 89, San Pedro Pirates’ Kyle Budna found the space to try to score and kicked a powerful shot which unfortunately went over the goal post. The match was about to finish and heading into injury time goalless. But then, at minute 93, the island team executed a play in the box area that almost saw a goal. The Bandits’ goalkeeper was able to slap the ball hard enough to let it hit the post. However, the play was picked up by Pirates’ Andir Chi, who centered the ball into the box area. A goal was expected to come anytime, but it did not. Instead, the referee blew his whistle and called a penalty in favor of San Pedro after the ball appeared to have touched the hand of Bandits’ Edwin Serrano. 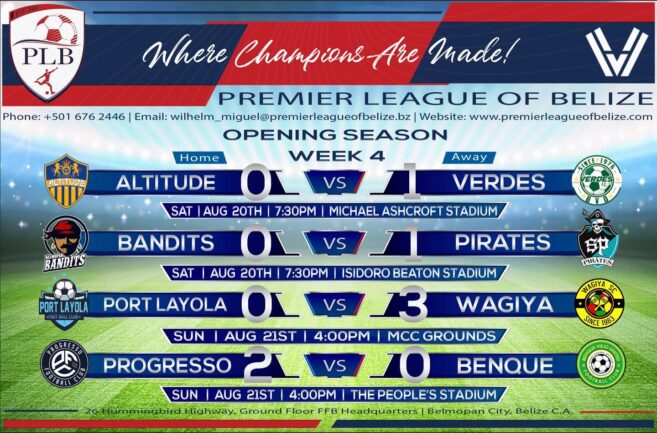 The Belmopan Bandits disputed such a call, but the call went on, and San Pedro’s Louis Valdez successfully executed the penalty shot. This was the game’s only goal in injury time, giving San Pedro Pirates a tight victory. In this fourth week of the Premier League of Belize (PLB) tournament, the island team has won two games and lost two matches. 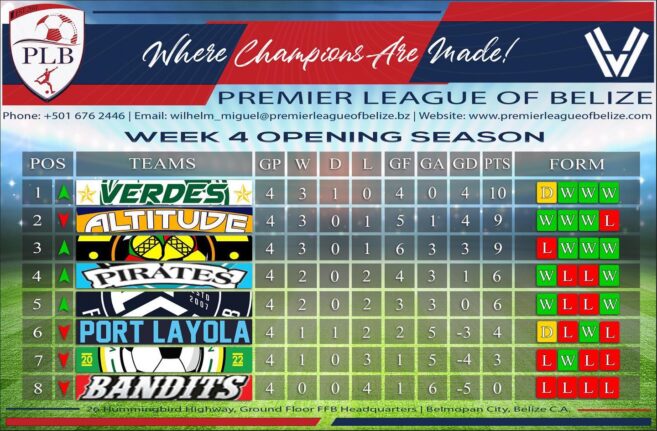 San Pedro Tigersharks continue to make waves in the NEBL