Press Release – November 2022 – Ambergris Caye, Belize – A local wildlife expert is calling for more efforts to be made to preserve mangrove areas around Belize following the recent impact of Hurricane Lisa. The weather system hit the country on November 2nd. While Belize City witnessed much devastation, effects were visibly reduced due to the protection of the coast from the reef structure around the mainland and islands.

ACES Wildlife Rescue’s director of operations, Chris Summers, applauds the recognition from residents of the buffer provided by the Belize Barrier Reef. He states, however, that the same protection should be afforded to wetlands and mangroves within the region to conserve biodiversity and plant life.

Summers says: “If the reef was treated in the same manner as the mangrove, there would be an uproar. Anytime someone makes a seamanship error and wrecks on the reef, people lose their minds over it. Yet people will take a machete to mangrove without a second thought. Mangrove is an acceptable dumping ground, illegally used by many with zero investigation or repercussions, and a look at any real estate map will show acre upon acre upon acre of mangrove forest subdivided into lots.” 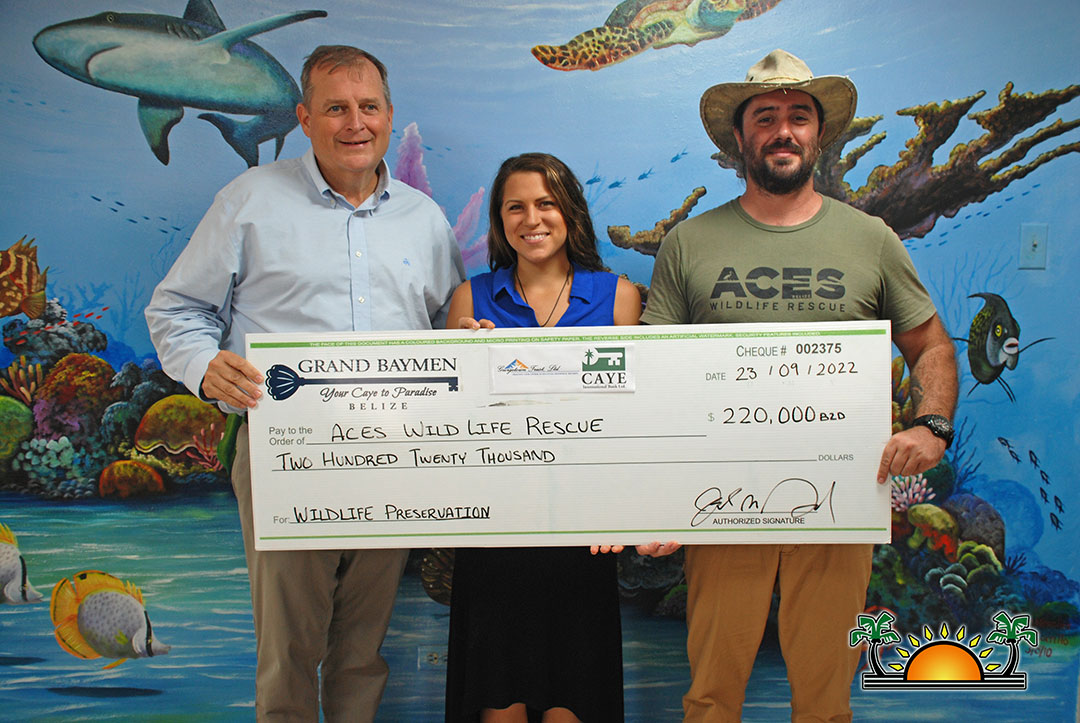 After struggling financially through the global pandemic, ACES was gifted an anonymous donation of $110,000 USD, mediated by Joel Nagel, co-founder of property development company ECI Development. The money will aid in the expansion of environmental restoration efforts and continued conservation work within Belize’s ecosystem.

Joel Nagel said, “The aftermath of the effects felt in Belize after Hurricane Lisa is continued proof that conservation is essential to nature’s balance and stability. It’s vital to learn to live and integrate with all the components of Belize’s wide range of biodiversity and ensure its preservation. I wholeheartedly support and believe in ACES Wildlife Rescue’s mission.”

In the two years since its inception, ACES has cared for 65 different species of native and migratory birds, six species of mammals, 10 species of reptiles and a number of species of plant life, including the mangrove. 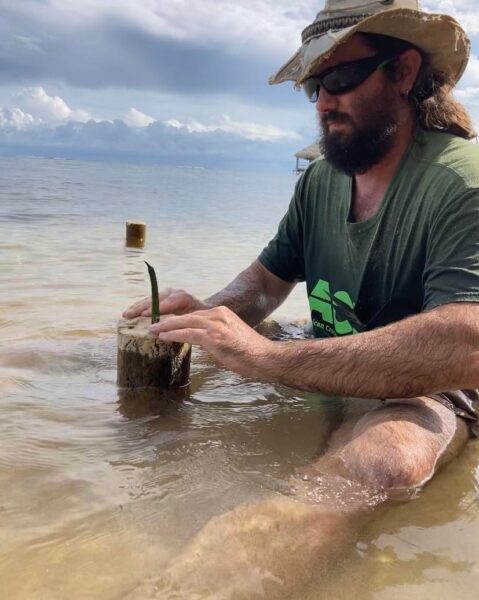 Neglect of the mangroves will damage Belize’s fragile ecosystem of cause and effect, according to Summers. He warns that though residents love and care for the reef, without the mangrove, there would be no reef to love.

“What do we think will happen to it when the mangrove is gone? When the tannins in the water are no longer preventing reef bleaching?” questions Summers. “How will the reef react when there are no mangrove roots left to trap sediments and filter wastewater running off the land? Who will graze on the reef and clean it when there’s nowhere for fish to breed or hide during the dangerous early stages of life? And what will hold the land together when the surge is so high and so strong, the reef can do nothing to lessen its impact?”

Regarding the donation, Summers commented, “We are so grateful to receive such a generous donation to help us move forward with this important work. Not only will funds be used for the expansion of our facility, massively increasing our rehabilitative capabilities for avians and reptiles, but it will enable us to continue providing 24/7 emergency response for ill, injured or orphaned wildlife.”

Headquartered in Belize, ECI Development has worked in Central and Latin America for two decades. During this period, the firm has continually ensured to create value across the region through socially responsible activities.

CEO and co-founder of ECI Development, Michael K Cobb, commented: “ECI has been more than happy to support ACES financially, providing volunteers to help them achieve their goals, with representatives of the company also serving on the board.”

In order to extend its partnership, ECI Development has launched its Stay & Impact program, which works to engage hotel guests with onsite organizations, enabling them to volunteer and give back to the community. Guests also have the chance to participate in ACES’s educational wildlife rescue program to discover local flora and fauna, and learn about their important contribution to natural habitats.

Permitted by the Belize Forest Department, ACES Wildlife Rescue was originally founded in 2020 with the mission to preserve the country’s crocodile population. Later this remit expanded to preserve all local wildlife and it was registered as a Belize company and non-profit organization in 2021 and remains an important conservation and rehab center for the Cayes.

ABOUT: ECI Development is a real estate holding and Development Company founded by Joel Nagel and Mike Cobb, offering the best places to retire overseas. Delivering affordable luxury lifestyle and resort communities across Central and Latin America, ECI Development has been responsibly developing properties for 26 years.