Huston Alvarez, Cocono Bwai and Ernestine Carballo win at the National Song Competition 2018 and Corozal wins as Host Municipality for 2019


The Santa Elena Sports Complex was the venue for the National Song Competition 2018 where twenty-two (22) competing performances backed by the Gilharry Seven Band excited the audience on Saturday, August 18th. Three (3) performers vied for first place in the Junior Belize Song Category, six (6) competed in the Senior Carnival Song Division and thirteen (13) entrants challenged each other in the Belize Song Category. This year saw the crowning of two new Champions and the re-crowning of the Senior Carnival Song Champion! 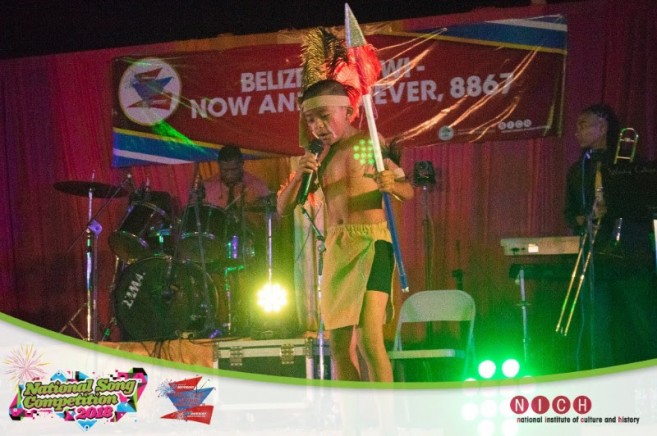 In the Junior Belize Song Category, Mr. Huston Alvarez Jr., from the Stann Creek district, won first place with his song “Our Belize”. Brishel Magdaleno and Shakira Welcome, representing the Cayo District, won second place with their submission “Belize Da Fu We”. The performer of “Soca Warrior”, Mr. Amiri “Prince” Gentle, showcased some of the talent that can be found in the Toledo District and was awarded a special prize of $2,500.00 for his contribution to this year’s competition. 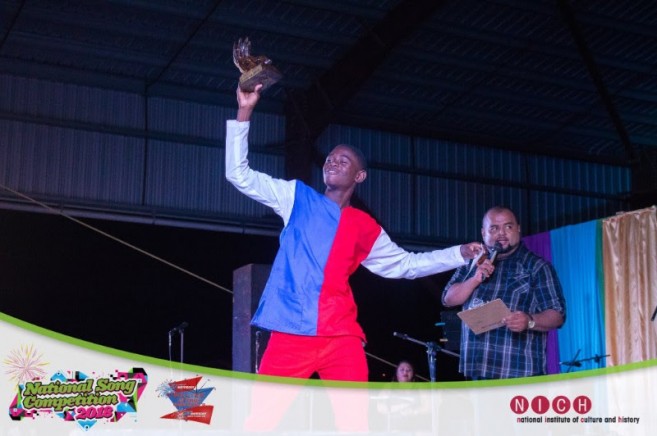 The Senior Carnival Song category featured original songs which are intended for use during this year’s September Celebrations, throughout the year and for years to come. The winners for the Carnival Song segment of the competition are: 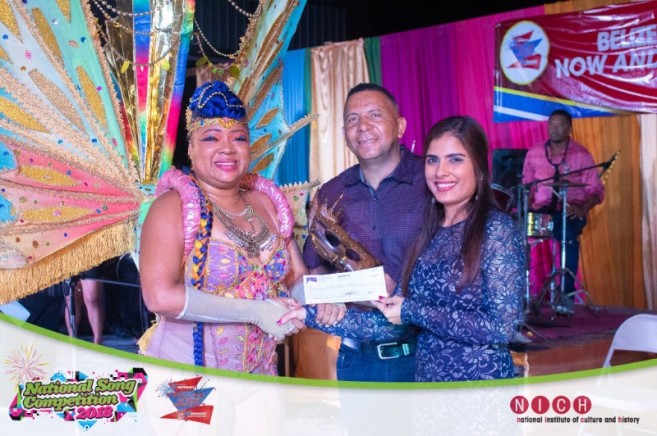 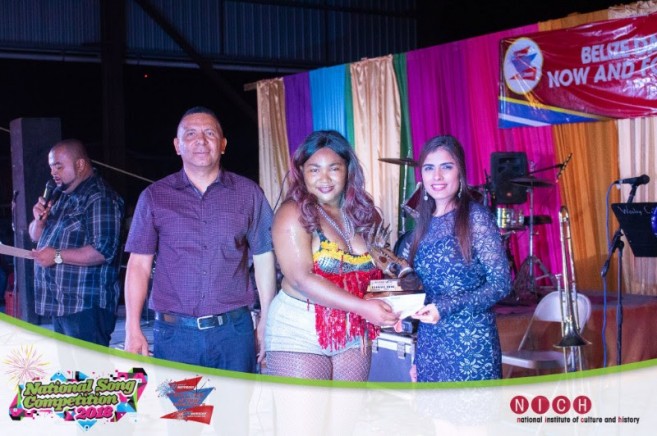 The Belize Song category featured original songs which reflect Belizean identity, flavour, rhythm and also aims to inspire a sense of national pride and unity. The artists were invited to present songs which evoke a blessing or celebrate the history, traditions, and diversity of the Belizean Culture. The Belize Song winners for 2018 are: 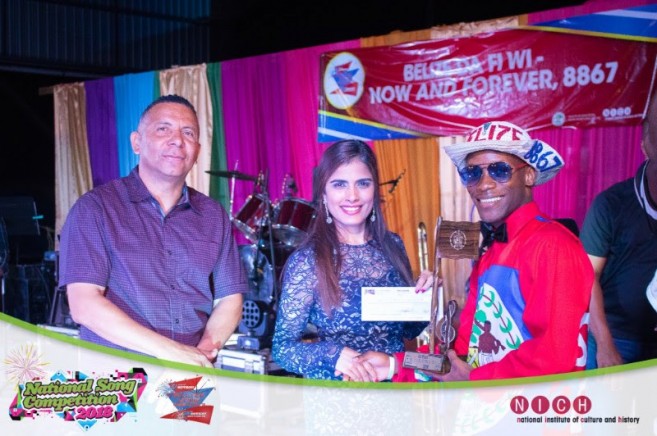 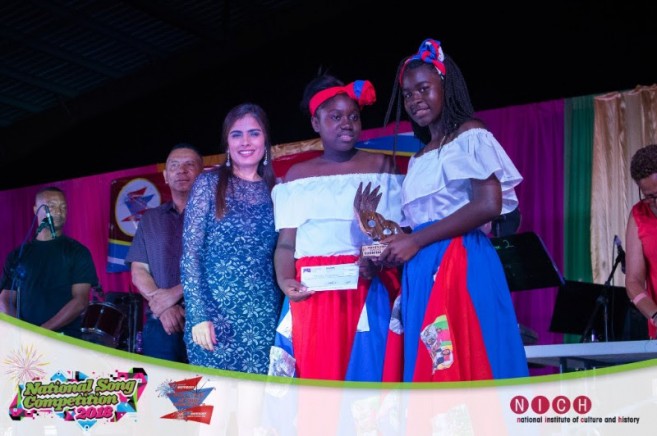 The competition was held in Dangriga in 2017 and this year Mayor Earl Trapp and the twin towns of San Ignacio and Santa Elena had the prestige of hosting. A lotto pick between the remaining municipalities of Corozal, Orange Walk, San Pedro, Belmopan, Benque Viejo Del Carmen and Punta Gorda was held on stage and Ms. Sapna Budhrani, the President of the National Institute of Culture and History (NICH), announced Corozal would have the honour of hosting the National Song Competition in 2019. 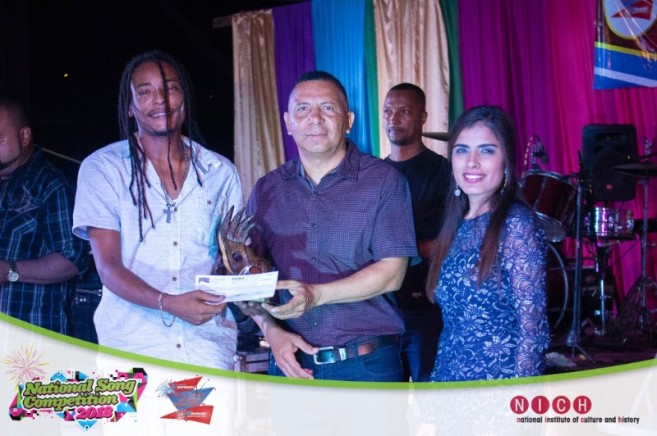 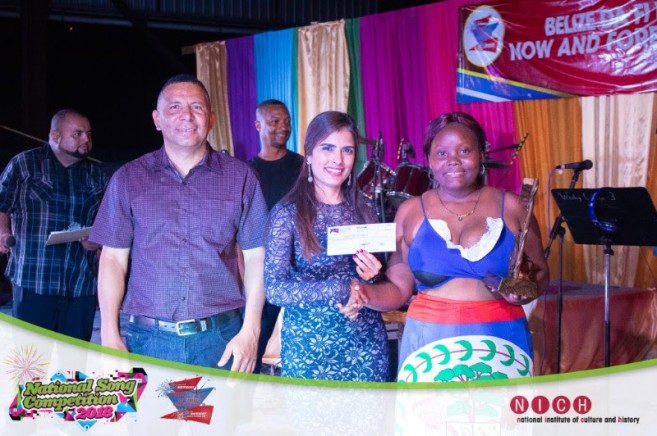 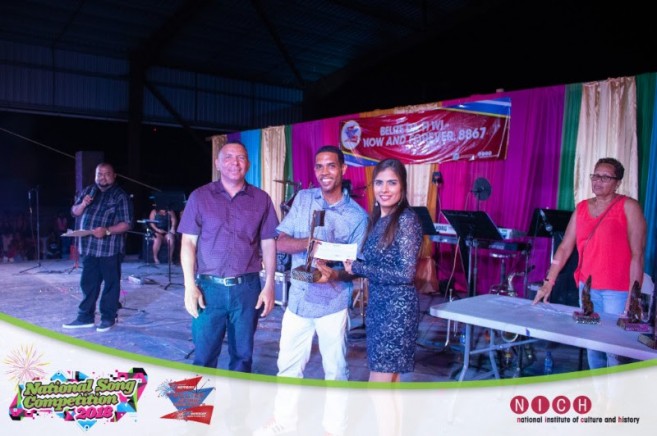 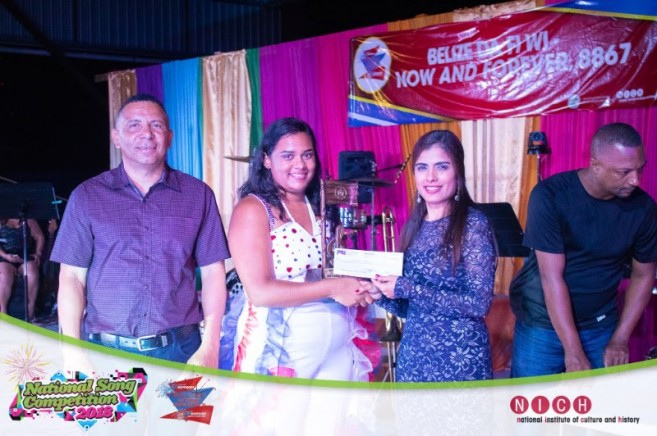 Songs can be heard on WWW.MYNATIONALSONG.BZ and videos of the winning performances will be uploaded during the week.