« Older: 2019 International Day of Yoga to be hosted at Ak’Bol
Newer: » San Pedro U-15 and U-17 trailing behind in the Youth Inter-District Football Tournament


The Football Federation of Belize (FFB) has drafted a selection of players for the Belize National Football Team to represent the country at The Confederation of North, Central American and Caribbean Association Football (CONCACAF) Nations League matches in September 2019. Among the selection of players are two players from San Pedro’s very own semi-pro team, San Pedro Pirates F.C. They are Jesse Smith and Asrel Sutherland. 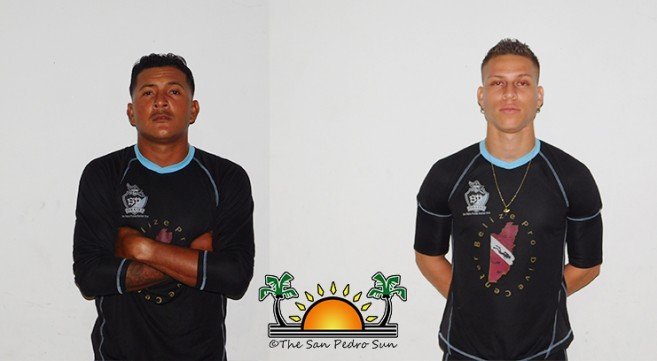 The players for the National Selection were chosen from various football tournaments hosted across the country. In San Pedro, the tournament that facilitated the selection of players was the San Pedro Pirates Football Club, which is a part of the Premiere League of Belize (PLB) and current champions of PLB. The other players drafted for the National Team include Woodrow West, Tevin Gamboa, Kerry Gonzalez, Norman Anderson, Collin Westby, Evral Trapp, Onest Martinez, Blake Tejeda, Martin Flowers, Donnel Arzu, Denmark Casey, Nahjib Guerra, Andres Makin, San Mendez, Dorwin Logan, Osmar Duran, Rene Leslie, Daniel Jimenez, Izon Gill, Camilo Sanchez, Highking Roberts, Trimayne Harris and Krisean Lopez.
The players are to confirm their participation on Friday, June 28th at the FFB grounds in Belmopan City. The San Pedro Sun congratulates all the players that were selected and wishes them the best at the CONCACAF tournament.