The problem with traffic congestion in San Pedro Town continues to increase despite past and present administration efforts. Now that students have returned to in-person classes, it is imperative to address vehicular congestion during peak hours to ensure their safety and that of other pedestrians, including tourists. As such, the San Pedro Town Council (SPTC) has set a schedule for large delivery trucks to alleviate the traffic and avoid potential accidents. 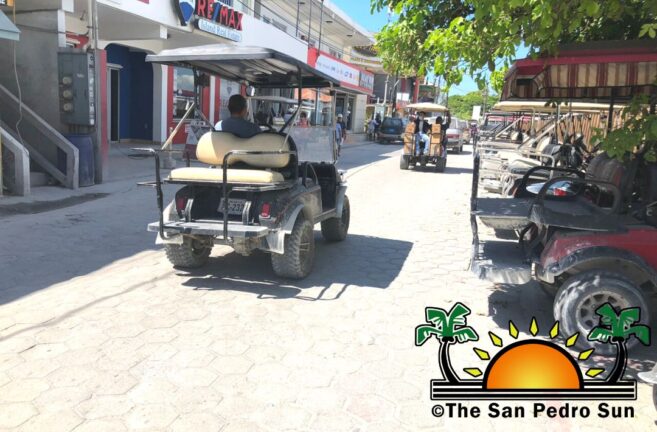 Residents have described the traffic situation as a nightmare when all sizes of vehicles transit through town during peak hours of the day. According to them, this happens in the mornings, mid-day, and afternoon. They say it is chaotic when taking their children to school in the morning. One of the primary schools, the San Pedro Roman Catholic School, is in an area where traffic can be heavy. The school is near the local airport and the downtown area, a bustling part of San Pedro. SPTC’s traffic officers are stationed around the school area in the mornings and other times of the day to guide traffic and ensure the safety of students; however, this does not alleviate heavy traffic.
New traffic regulations for large trucks
Per the SPTC, no large delivery trucks are allowed to operate from 8-9AM and 11:30AM-1:15PM, Monday to Friday. On Saturdays, no large trucks will be allowed after 1PM. Meanwhile, on Sundays and public and bank holidays, no large delivery trucks will be allowed to operate in town. 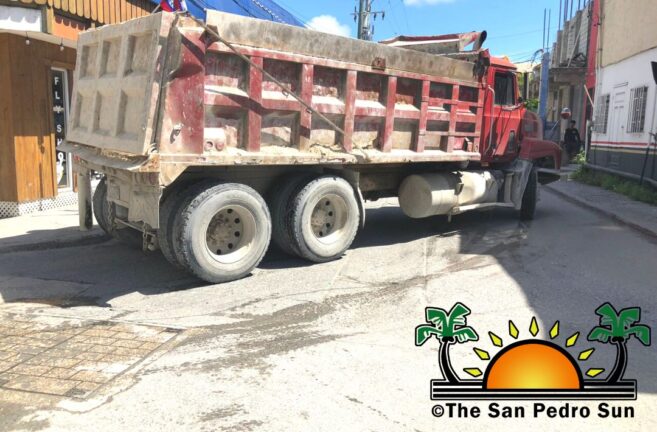 Too many vehicles on the island
Another problem identified by residents is the number of vehicles in San Pedro. Most of the time, the main streets in town are packed with vehicles. Many complain that sometimes it is impossible to find a parking area. According to them, in some areas of town, golf cart rental companies use the public spaces on the street to park their rentals. The affected motorists stressed that all rentals should keep their fleet elsewhere instead of using the limited public parking areas downtown. There has been no formal response from the traffic department on this matter. 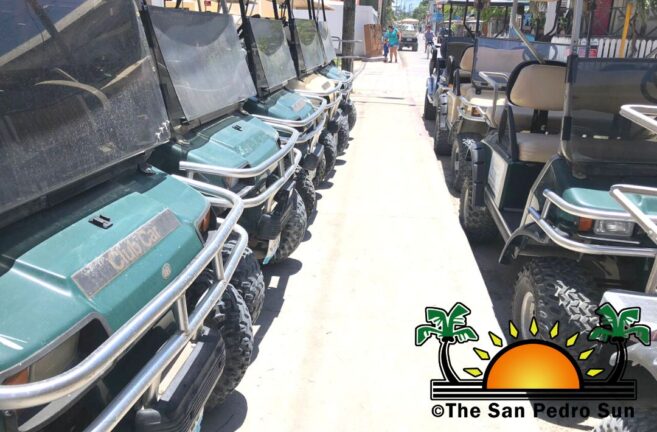 Past recommendations
Some recommendations suggested in the past is for a pedestrian zone with a bicycle and taxi transportation system introduced. This would allow Barrier Reef and Pescador Drive to be closed to traffic from 10AM to 10PM and Angel Coral Street to be open to vehicular traffic. In return, it would make the downtown area calm, charming, stress-free, and noise-free to better accommodate the needs of visitors and residents alike.
The observation from many island residents is that the increase in traffic on Barrier Reef and Pescador Drive may pose a danger for pedestrians, tourists, and students/children. For example, Pescador Drive is a busy lane with no walkway or pedestrian zone. Some stakeholders believe that if such a concept would be considered on the island, it could help address some traffic issues. In addition, a pedestrian zone would transform Barrier Reef Drive and Pescador Drive into a tourist-friendly, upscale shopping area where restaurants, coffee shops, diners, boutiques, and souvenir shops would benefit. 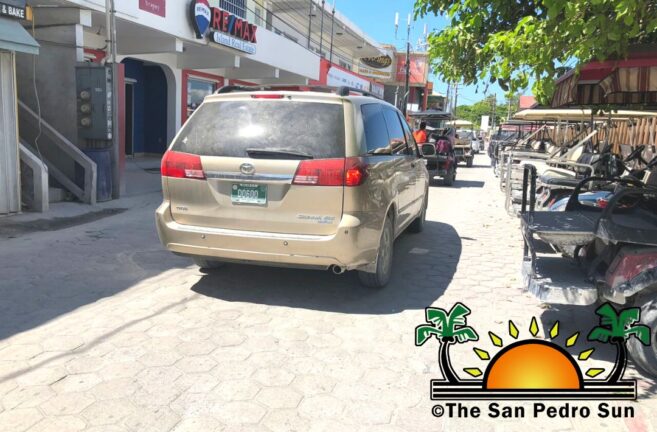 The previous town administration claims they completed a traffic flow study and a plan to address the situation but could not implement it before the COVID-19 pandemic. The study is reportedly based on input from residents and the business sector on the island. This study plan is available to the current administration if they wish to implement it.
In the meantime, there are no further updates or plans to tackle the traffic congestion other than banning large delivery trucks during certain hours and days of the week or how plans to address this growing problem.